We are thrilled to announce that WooCommerce 3.9 is officially available — it has been in development since November 2019, and contains around 600 commits from 18 contributors. This is a minor release, which means everything should be backward compatible with previous versions of WooCommerce.

Even though it’s a minor release, we always recommend checking that all your plugins and your theme are compatible before updating. For your peace of mind, you should also create backups of your site – read this guide for more details.

WooCommerce 3.9 ships with WooCommerce Blocks 2.5.11, which includes a brand-new All Products block with filtering and pagination, among other improvements.

For more details, check out the WooCommerce Blocks release notes.

WooCommerce 2.3, which we released in February 2015, was the first version to integrate the MaxMind Geolocation database. We use the MaxMind GeoLite2 database behind the scenes to determine a customer’s country, a fact many store owners might not have been aware of.

MaxMind now requires all users to approve  its end-user license agreement (EULA) in order to download the GeoLite2 database (learn more  about this change on the MaxMind blog). As a result, we had to make some changes too — to keep this feature working in your store, you’ll now need a MaxMind license key. WooCommerce 3.9 includes MaxMind in the Integrations tab, where you can enter your key and learn more about this feature.

In an effort to stay up to date and offer the best experience for store owners, we have raised the minimum WordPress and PHP version requirements.

Starting with WooCommerce 3.9, stores now need to use WordPress 5.0 and PHP 7.0 (or later versions). We have already added nudges to upgrade WordPress and PHP versions in WooCommerce 3.8, and will continue to evaluate the new minimum requirements with each release of WooCommerce.

Stores running earlier versions than PHP 7.0 and WordPress 5.0 will not be able to update to WooCommerce 3.9. If you’re interested in updating your software, we’ve put together a guide with step-by-step instructions for doing just that.

Like any release, this one, too, contains additional tweaks and and fixes, all of which you can find in the readme.txt.

How we tested WooCommerce 3.9

In addition to making a backup of your site, we recommend you test 3.9 on a staging site before upgrading your live site.

This version runs a minor database update, but only if you’ve enabled geolocation on your store before upgrading to 3.9.

Much 💜 to All Contributors

A hearty “thank you!” goes to everyone in the WooCommerce community, whether you contributed via bug reports, commits, spreading the word, or participating in community chats. 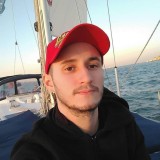 Did you also remove Save Buttons? For some reason ours are gone!

Why when “shop” is in Static page I see in the front of page a very big image.

Image sizes will depends on your theme CSS, using on a front page probably no sidebar will get display, and then products will have more space making your theme show those images much bigger than it suppose to be. You can just solve it by CSS or checking with your theme’s support.
Also note that this isn’t a support channel for WooCommerce, if you need help you can always get support from https://wordpress.org/support/plugin/woocommerce/ or paid support from https://woocommerce.com/support.
I hope it helps with your question.

Note: There’s no change related to images sizes on WooCommerce 3.9.

While generating a key for MaxMind, they ask “Will this key be used for GeoIP Update? ” to which I don’t know the answer. I’m guessing the answer is no. Can you please clarify this point, and add it to the Geolocation section of this page so everyone else will know?

In a quick response answer, you should choice “no” in this case, but there’s a full documentation about this integration with all details about the registration process, you can access on https://docs.woocommerce.com/document/maxmind-geolocation-integration/

You can also find the link of this documentation on the MaxMind Geolocation integration page on WooCommerce, there’s a link for it on the “License key” field description.
I hope this helps you.

After I updated all of my SEO fields for pages and posts are gone. I guess we don’t need to fill out the snipets anymore?

By default WooCommerce don’t control any fields for SEO, so not sure about what fields you are talking about, I think that is probably added by a 3rd party plugin, but we didn’t include any code that may affect SEO plugins on 3.9, so better if you investigate it further with the support team for the SEO plugin that you selected to use on your WordPress installation.

Thank you. I will check into it some more, but it’s really weird.

Great update! I’ve waited for a long time for new WooCommerce Blocks!
It’s time to update my store, thanks again!

Did this resolve this issue: On my current version, when using woocommerce product filter, if there is an attribute/variation for example of size 6, but size 6 is out of stock, the product still shows up because the attribute (size 6) is associated with the item, even though it is out of stock and not really available.

We’ll be exploring ways to solve this soon, please follow this dev blog or the GitHub issue https://github.com/woocommerce/woocommerce/issues/25524 for updates.

Will do, thank you!