Edit 2020-09-29: Added one more item to the “Notable fixes and improvements” section that was missed in the original version of this post.

Beta 1 for the October release of WooCommerce is now available for testing! You can either download it directly from WordPress.org or install our WooCommerce Beta Tester Plugin.

The main fixes and stability improvements in this release are:

You can find the complete changelog for this release on the changelog.txt file.

We have added new filters and actions:

This release does not introduce any changes to the database.

This version of WooCommerce will be released as per this schedule:

As with the previous few releases, we have published testing instructions for 4.6 as well. We’d like to request that everyone help us in testing this release. 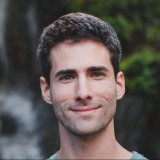