We are happy to announce the availability of a new build of the wc-admin feature plugin! If this is the first time you have heard about wc-admin, it is a new JavaScript-driven interface for managing your WooCommerce stores that is focusing on creating new and improved reports, and a dashboard to monitor all the important key metrics of your site. You can read more about the background of the project in our Alpha announcement post – or watch the keynote from WooSesh.

And while the plugin isn’t quite ready yet to be run on production sites, we would love for you to install it on a staging or test instance and try it out. You can download version 0.6.0 right here. If you do test out the plugin, and have some feedback – please do open an issue in the GitHub repository, or join in the developer chat tomorrow and ask any questions you have about wc-admin then!

As promised some major improvements to the Store Performance section have landed in this release.

The entire UI seen above is fully rendered using data returned from the REST API. From the labels in each Summary Number, the values between of two periods, and the link target for each statistic are all generated server side. For developers this means the feature is fully extensible right away and will allow for deep linking into Woo Analytics reports, or your own custom pages elsewhere.

Each store is unique and the Store Performance section allows users to configure which stats they would like to appear in this section. Preferences are persisted in user meta, so will stick between sessions and across their devices.

Rounding out the updates to the Dashboard in this release – a new leaderboard that displays the Top Coupons has been added.

Much like the Store Performance section, users can toggle the leaderboards on/off, and configure how many rows of data they would like to see in each table.

The release also includes a number of bug fixes and enhancements throughout the code base:

The next two weeks we will be working on more updates to the stats lookup table logic, exploring additional options for extensibility, creating a new transient notifications component, and bug fixes and performance enhancements.

If you would like to see more details about what we are working on, please visit our project board on GitHub. 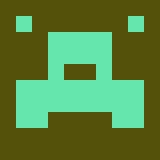 Thank you very much for the speed of the news. I will try on my website how the update is implemented. If problems arise, I will write you with screenshots.