“Why?” or “Why now?” you may ask. We plan to improve the visual appeal of the setting’s UI in version 5.6.0 of WooCommerce Stripe by using WordPress and WooCommerce components and introducing some new features to help with the Stripe checkout process.
With these changes, we will need to rely more heavily on the installed WordPress and WooCommerce versions. We don’t want to increase the codebase’s complexity or decrease the plugin’s performance (both in terms of execution speed and plugin size).
For instance, WooCommerce Admin provides many JavaScript packages that are needed to power numerous features. Older versions of WooCommerce don’t include some (or most) of those packages, so WooCommerce Stripe wouldn’t be able to use them. By adopting a leaner version support policy, WooCommerce Stripe will take advantage of new platform features more quickly and efficiently.

How can I tell if this affects me?

This transition affects both merchants who use WooCommerce Stripe and developers who build solutions with it.
This change will affect you if you’re using either:

In the release of WooCommerce Stripe 5.5.0, we will include a notice in wp-admin. This notice informs you if the version of WordPress and WooCommerce you’re using will not be supported.

What action should I take?

Merchants using WooCommerce Stripe will only receive support if they are running versions of WooCommerce and WordPress that fall within the L-2 range for that release.

Thank you, as we continue to bring improvements to our plugin and our platform!

Note: An earlier version of this post incorrectly listed version numbers and corresponding release dates on which changes would occur. This has been corrected above. 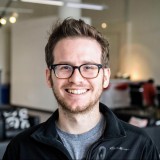 Another 🇮🇹 living in the 🇺🇸 :)
I love to cook, travel and ride my bike as fast as I can

Thanks for the heads up. For what it’s worth, I’ve never been a fan of the introduction of a ton of JavaScript in WordPress and WooCommerce. I’ve always been very outspoken about that, I can see some developers rolling their eyes. 😄

A move towards the use of even more JS packages and dependencies is not something I find particularly pleasant, but I can understand that this is the direction where things have been going for a while.

Personal opinions aside, it’s good to know in advance how things will change, like in this case, so that we can have sufficient time to prepare and inform our customers.

[…] If you’re working with WooCommerce Stripe, be sure to check out an upcoming change to its support policy. […]